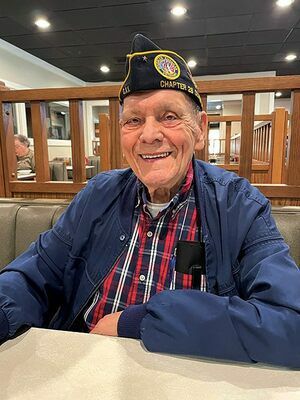 Lee Roy was born in Pound, Virginia on July 4, 1935. He enlisted in the United States Navy in 1954 and served until his retirement in 1977. After retirement, he went back to college and graduated in 1983 with a Bachelors degree from Lincoln Memorial University. Upon completing his degree, he worked and retired from TOSHA in January of 2000. He was a proud member of the DAV Chapter 26 (Oliver Springs, TN), VFW Post 9600 (Pound, Virginia), East Fork Masonic Lodge 460, F&AM (Dyllis community of Roane County, TN), and Dyllis Baptist Church. Lee Roy devoted his life to helping others, neighbors, and doing everything he could for the DAV. In his spare time, he enjoyed gardening and farming.

He was preceded in death by his wife who he married in 1955, Jacqueline Cantrell; parents, Everett and Leota Cantrell; sisters, Brenda Gilliam, Francis Dotson, and Carolyn Meade.

Premier Sharp Funeral Home is honored to serve the Cantrell family. A message of condolence may be left for the family at www.sharpfh.com