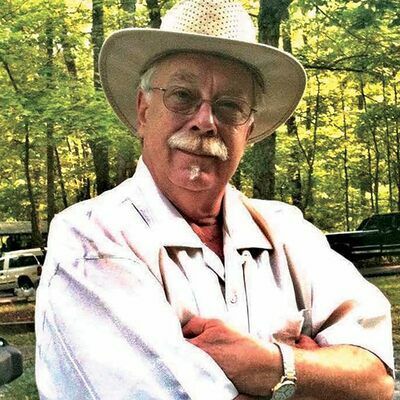 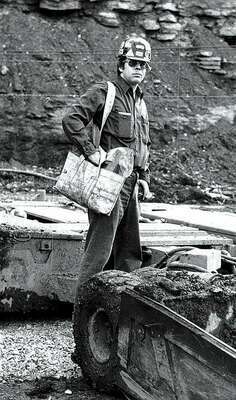 Dwaine Stewart Goodwin abruptly passed away December 31, 2022 at the age of 73 in Kingsport, TN. Born in Kopperston, WV, he was the eldest child of the late Luther Stewart Goodwin and Annie Magdalene “Maggie” Lester Goodwin, who later raised their family of ten children on the mountain of Herndon Heights, WV (better known as Jug Holler). Celebration of Dwaine’s life and influence will take place in his beloved WV mountains at Twin Falls State Park in April. The country road will take him home where his ashes will reach their resting place at Hickory Ridge Cemetery. A future announcement will be made upon completion of those details.

Dwaine was a class of ’67 Honors graduate of Herndon High School, for which he played trumpet in the marching band and was on the basketball team. His love for music continued to grow, playing bass guitar the rest of his life. He later dedicated himself to organizing alumni events, presenting scholarships, and publishing classmate tributes until the time of his own passing. Although his post-graduation plan was the US Air Force, an unfortunate life-changing accident in 1967 carved a different path, resulting in an amputation and rehabilitating as left-handed. Dwaine overcame tremendous adversity in pursuit of hobbies and professional goals, never allowing physical limitation to be a barrier, but often referenced in his humor.

The subsequent career path began as on-air personality “DS” at Beckley’s WJLS & WWNR radio stations, having become FCC licensed at Elkins Institute in New Orleans. From 1969-1974 his recognizable voice announced such headlines as the Marshall University plane crash in ’70 and countless others.

By that time a newlywed and father, Dwaine went on to relocate his family to the coal fields of Big Stone Gap, VA in ’74. Recruited for his sharp intellect and relatability with people, his aptitude for learning and teaching accelerated the scope of his work in the mining industry to include designing and installing electrical equipment for surface and underground mines. With countless customers around the country (who he considered family for life), Dwaine’s electrical engineering capabilities remained in high demand, known for taking care of his customers at any hour or location. Tapering into retirement in 2006, he made it a point to explore state parks and historical sites, having such an appreciation for the beauty of our country’s various landscapes, often comparing them to that of the West Virginia and Blue Ridge Mountains he loved dearly. He passionately utilized each road trip to meet new people and research family ancestry, becoming a lifelong mission.

In doing so, he befriended an immeasurable number of people, often saying they are “kin to me one way or another, maybe more than one”. His humor, integrity, and respect for others were pillars of every relationship, be it friends, colleagues, or family. His nature was to take care of others more so than himself. People often referred to him as a walking encyclopedia or Google before there was a Google. He underrated his wealth of “useless knowledge” (as he referred to it) as it became enormous. Indeed, he declined an opportunity to appear on the tv game show, “Jeopardy,” although he watched it every day, challenging himself to out-do contestants.

Dwaine never met a stranger. His family and heritage was, without a doubt, the most precious to him. That passion became his legacy in more recent years, as his genealogical database includes thousands of people. That ongoing research led him to an overgrown, near-forgotten mountaintop cemetery where he discovered countless headstones and markers of kin and friends dating as far back as the 1800’s. Hanging off a mountain ridge with very limited access, he feared this ancestral gem would perish in the foreseeable future if not resurrected and maintained. So he spearheaded just that. Soliciting others with shared interest, momentum gained, and a fund was established for repairing and maintaining the site, as well as constructing a more accessible road to the beautiful site. “Hickory Ridge Cemetery” is one example of what Dwaine would encourage everyone to appreciate and explore within their own families… roots.

In addition to his parents, Dwaine was preceded in death by two brothers, Howard Ray Goodwin and William “Bill” Goodwin.

He has also been the proud Papaw of three granddaughters; Deana’s daughter, Mattilyn Michele and Adam’s daughters, Lillian Brooke and Hannah Stewart. He enjoyed being an influence in the raising of four special step-granddaughters, Gina’s daughters Brittany Danielle Miller and Alexys Mikaylah Smith (always saying papaw could “fix anything,” and he liked that), as well as Tommy’s twin daughters, Anja and Brenna.

The family respectfully requests that, in lieu of flowers, please consider helping continue his passion for ancestry and historical preservation by making a contribution to the Hickory Ridge Cemetery Fund, online or by mail at the following:
PayPal: hickoryrdgefund@gmail.com. (no “i” in ridge)