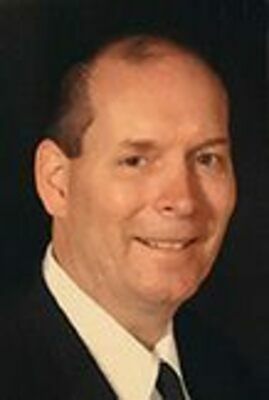 Frank A. Atkins led a full and wonderful life. He was a devout Christian and loved the Lord. He was born into the loving arms of Clara and Frank Atkins Sr. on August 1, 1954 in Corbin, KY., baptized at St. John’s Episcopal Church in Corbin and raised in Harlan, Kentucky.

He graduated from Harlan Independent High School in 1972 before attending Centre College in Danville, KY. two years and the University of Kentucky, where he earned a degree in Engineering.

Following graduation, he practiced engineering with Thompson & Litton of Wise, Virginia in the 1980’s, where he met and married the love of his life, Sandra.  He then returned to the University of Kentucky to earn a degree in law, graduating in 1984.  As a lawyer, he served two years as a law clerk to the Honorable Eugene Siler in the United States District Court for the Eastern District of Kentucky, before opening a law practice in Williamsburg, Ky., where he worked until his retirement.

Frank was baptized at First Baptist Church, Williamsburg where he was a Deacon, Sunday school teacher and worked with the youth. He was a veteran of the United States Navy Reserves and served as a Commander in the Seabees Construction Battalion during the Persian Gulf War.

Frank and Sandra then moved to Maryland to enjoy being with their sons and grandchildren. He loved being Poppy to his three grandchildren. On September 5, 2022 at Northwest Hospice in Baltimore, Maryland, Frank ended his long battle with Parkinson’s Disease. He went peacefully surrounded by his family.