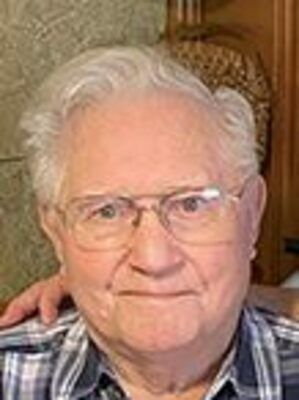 Wallace B. Meade, 92, of Pound, loving husband, father, father-in-law, grandfather and great grandfather went home to be with the Lord Tuesday on September 6, 2022.

Wallace was a retired coal truck driver and an Army veteran with the rank of sergeant. For 10 months he served his country as a medic on the front line during the Korean War. He accepted Christ as his  Savior while kneeling in a rice paddy in Korea. He was a member of Indian Creek Freewill Baptist Church where he was a deacon and Sunday school teacher, having taught over 20 years without missing a Sunday before retiring. Wallace was a member of Pound VFW Post 9600, having served as vice commander. Wallace loved his God, his family and his country.

Wallace was pre-deceased by his parents Bruce and Ada (Mullins)  Meade; brothers W.N. (Nick) Meade and Ross Meade; his sisters Charlotte Layne and Betty Bolling; and mother-in-law and father-in-law Susie and Ottis Cox.

Wallace is survived by his wife Colleen (Cox) Meade after nearly 73 years of loving and Christ centered marriage. He is also survived by daughter and son-in-law Freida and Bill Stuart Bill-Kingsport, TN, grandsons and spouses Matthew and Kristen Stuart-Knoxville, TN and  Stephen and wife Megan Stuart-Akron, OH; great-grandchildren, Maggie, Ben, Emma, Ethan, Clara and Reid. Other survivors include his sisters Zelma Aichel-Wise, VA and Bannie Hanes and husband Jim-Midlothian, VA; many nieces, nephews and cousins and a host of friends and loved ones.

Funeral services will be conducted at 2:00 pm Friday September 9, 2022 in the Baker Funeral Home Chapel with Reverend Joel Cantrell officiating. The family will receive friends from 12:00 Noon until time  of services. Pound VFW Post 9600 will conduct military services in the funeral home parking lot.

Burial will follow in the Cox/Riner Cemetery on Riner School Road-Pound, VA where family members and friends will serve as pallbearers.

In lieu of flowers, donations may be made to Indian Creek Freewill Baptist Church, the Pound rescue Squad or Pound VFW Post 9600.