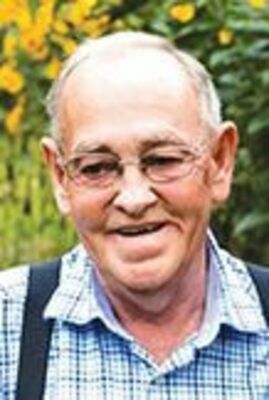 Larry Rodell Holbrook, 69, passed away at his residence on Monday July 11, 2022 following an extended illness.

Larry was a resident of Bristol, VA and born to the late Elbert and Edna Holbrook. In addition to his parents Larry was preceded in death by a sister, Pamela Holbrook; and two brothers, Doyle and Danny Holbrook.

Larry attended Highlands Fellowship Church. Larry enjoyed the simplicity of life and spending time with his family. Larry was a loving father, grandfather, brother, uncle, and friend; he will be greatly missed.

Committal services will be held at Temple Hill Memorial Park on Saturday July 16 at 3 p.m. Family and friends will serve as pallbearers. Those wishing to attend are asked to meet at the cemetery.
In lieu of flowers the family requests that memorial contributions be sent to National Multiple Sclerosis Society (www.nationalmssociety.org/Donate)

Online condolences may be sent to the Holbrook family through our website and a video tribute may be viewed at www.castlewoodfuneralhome.com. The funeral service will be available for viewing on our website following the service.

Castlewood Funeral Home is in charge of arrangements.