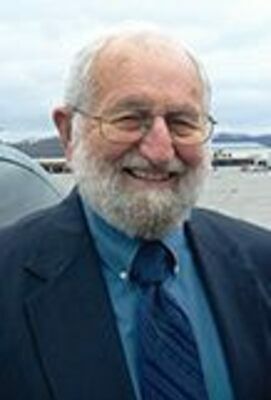 Garnett Gilliam, lifelong Big Stone Gap resident, dedicated teacher, coach, historian, father, and husband died peacefully May 21, 2022 at 87. He was surrounded by family and pictures of the area that meant so much to him and led him to found the Lonesome Pine School and Heritage Center in Big Stone Gap.
Garnett was a graduate of Big Stone Gap High School, Emory and Henry College, and received his Master’s degree from Union College in Berea, Kentucky
He was a proud and dedicated educator and coach for more than 35 years, primarily at Powell Valley High School. He founded the driver’s education program at PVHS, endearing himself to hundreds of area teenagers.

In 2000, the Town of Big Stone Gap recognized Garnett’s contribution to the preservation of the area’s history by designating a “Garnett Gilliam” day. That same year, the Gap Corporation awarded him Citizen of the Year.

Garnett is survived by his wife, Carolyn (Bray) Gilliam, his children Hope Collins (Bob) Leslie Gilliam (Brian Walker), and Beth Robinette (Tim) his grandchildren Zach Collins, Savannah Walker, and Cece Walker, his brothers Bud Gilliam and Carl Gilliam, numerous nieces and nephews and friends from every stage of his life, including his “angels” at The Laurels Retirement and Assisted Living Home, Ashley Gentry and Carolyn Rutherford.

In lieu of flowers, a gift to the Lonesome Pine School and Heritage Center P.O. BOX 581 BSG, VA 24219 or to the Garnett Gilliam Buccaneer Scholarship Fund ℅ MECC Foundation 3441 Mountain Empire Road BSG, VA 24219 or online at http://www.meccfoundation.org/?give would be appreciated and would continue to fund his two passions, history and education.

A memorial service is planned for a later date.

SpongeBob — Musical on stage in Coeburn this we...

Pro-Art thanks community for successful comebac...