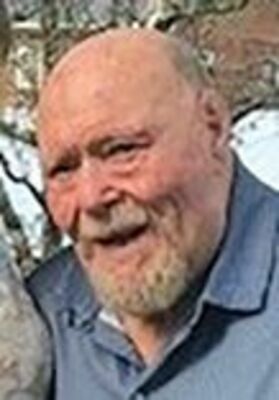 Otis Eugene Mullins Jr., 97, passed away peacefully at his home in Norton, Sunday, April 18, 2021.
Moon was the son of O.E. and Easter Kate Mullins. He was also preceded in death by his wife, Ruby Marie Vance Mullins. Born in Bluefield, WV, he spent most of his life in Norton. He served in the U.S. Navy in World War II, and then worked for the former Norfolk & Western Railway for over 40 years, retiring as the Agent Yard Master over the Norton railway yard. Actively serving in his community, Moon was a 60+ year member of Suthers Lodge #259 AF & AM, a member of the Norton Lions Club, and, following his retirement, he volunteered for years with the Wise County Food Bank. He was a member of the First Baptist Church of Norton for over six decades.

The family will receive friends from 11 a.m. until 1 p.m. Thursday, April 22 at the Hagy & Fawbush Funeral Home in Norton. Masonic Rites will be provided by Suthers Lodge #259 at 1 p.m. in the funeral home chapel with the funeral service following with the Reverend Chris Crabtree officiating. A committal service and burial will then take place at the Powell Valley Memorial Gardens with the U.S. Navy Honors Team providing military honors.