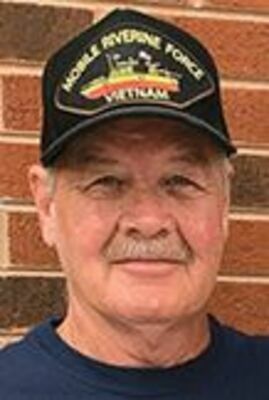 Robert was a man who loved his family and loved his country. He served in the Navy for four years where he had the privilege to serve in the Vietnam War. After his term with the Navy, he spent 16 years serving as a member of the Army National Guard where he proudly served as a Staff Sergeant in Desert Shield/Storm. He enjoyed his work at Wise ARH for 23 years until the hospital closed.

Robert then started his 22 year journey as an over the road trucker where he enjoyed seeing all parts of the country he proudly defended. He loved setting behind the wheel of his Kenworth and the sound of the 18 wheels running down the highway. He enjoyed his home time with family, his boxer pups, and Alabama Football, Roll Tide.

Robert loved a good joke, pulling pranks, making people laugh, and always making his time with his family so memorable. Robert always referred to each day as another day in paradise.

Robert was preceded in death by his parents, Bill and Lena Webb; and his two brothers, James “Pig Eye” Webb and Ronald Webb.