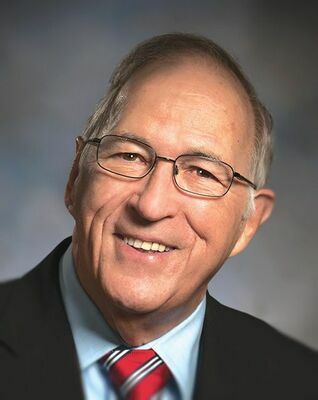 Don Green, Chief Executive Officer of The Napoleon Hill Foundation, has authored a new book, available for pre-order on Amazon and at other fine book retailers. The book, titled Napoleon Hill, My Mentor; Timeless Principles to Take Your Success to the Next Level, shares how Green applied many of Hill’s principles to build his own success.

In the book, he shares his personal knowledge of Hill, including stories and insights that have never been published. He includes how the principles behind Think and Grow Rich, one of Hill’s most popular books, are still relevant today, and how the reader can put them to work for his or her self. The book also contains tools to uncover secrets to growth, creativity, power and achievement, from inside the mind.

Green, the son of a coal miner, was born in Appalachia. At forty-one, he became the CEO of a bank on the verge of collapse. He turned the institution around and ran it at a profit for eighteen years until he retired at 60. Don was asked by the trustees of the Foundation to serve as the executive director.

Graduating with a BA (Accounting and Business) degree from East Tennessee State University, Green studied advanced phases of banking at the Stonier Graduate School of Banking at Rutgers. With banking as his youthful passion, he worked his way up from the bottom rung of the banking industry to bank president and CEO—a position he served for nearly 20 years.

His accomplishments have been matched by his diverse contributions to community and the commercial fraternity. His public offices have spanned a spectrum that included educational institutions, hospitals, charitable causes, community service organizations, and arbitration boards. He served as president of his county’s Chamber of Commerce and president of the Foundation Board of the University of Virginia’s College at Wise—a position in which he still holds. Green is also a board member of the UVA/Wise Board of Trustees. His memberships include the Hoge Masonic Lodge, the Kiwanis Club, and the Shriners movement.

Green received the Outstanding Citizen of the Year Award in 1996; the Sam Walton Business Leader Award in 1998; the William P. Canto Memorial Education Award in 1999; the Volunteer of the Year Award (University of Virginia) in 2000 and the Helping Heroes Award in 2020 (Helping Heroes, USA.) He organized and was successful in getting the 3-hour credit course, Keys to Success, included in the UVA/Wise curriculum based on the success principles of Napoleon Hill. Green taught the course for several years, and it is still a very popular course with students. Under his leadership, many scholarships have been endowed as well as fully funding the Napoleon Hill professorship in the business department.