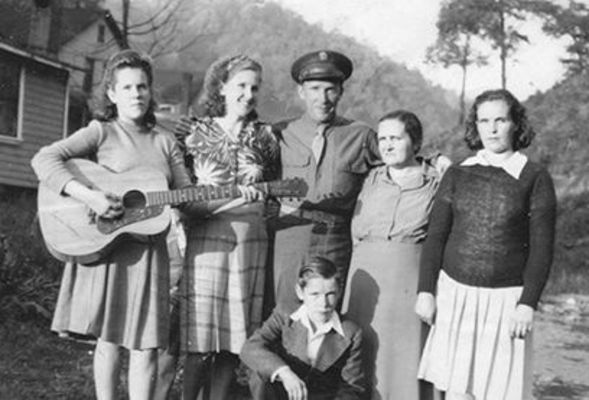 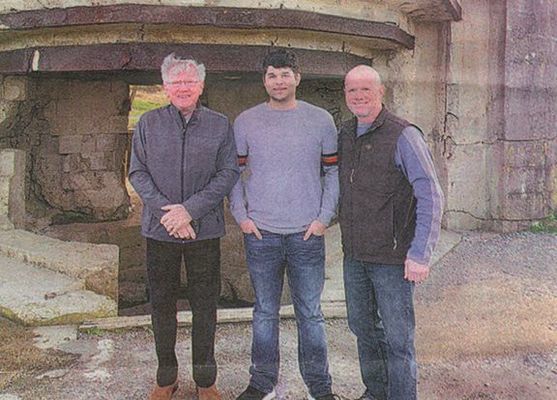 Jerry C. ‘Chad’ Baker, his son Jerry Baker and grandson Jerry Baker on the 75th anniversary of the death of my dad. He was killed on Jan. 17, 1945 in the train wreck in St. Valery-en-caux in the Normandy region in northern France.
Previous Next

This letter was submitted by Penny Bolling of Pound.

My name is Jerry C. Baker. Most folks back home know me as Chad. My dad Carl Baker, grandmother and grandfather are buried in the Baker Cemetery in Bold Camp.

I was talking with my uncle Tom the other day and he mentioned that you were the caretaker. I want to help in some small way. I will send you a check in the letter to help.

I am also sending pictures of my dad, grandma and grandpa’s headstone. I am also enclosing a couple of pictures of a trip I made to France back in January 2020. It was the 75th anniversary of the death of my dad. He was killed on Jan. 17, 1945 in the train wreck in St. Valery-en-caux (a commune in the Seine-Maritime department in the Normandy region in northern France). It was a very rewarding experience and gave me some closure regarding his death.

I spent a lot of time on Bold Camp with by grandma and grandpa Baker. We visit a lot of folks who I don’t remember now, wish I could. They were all great people. I remember pa used to speak very highly of them. I do remember Uncle Jesse and Aunt Orpha. I visited them as often as I could, loved the house they lived in. I used to ride in a coal truck with their son Buford and spent many a day with him in his truck. I stopped by his house a few months back to say hello. He is in his 90s now and doing ok. I haven’t seen Margie Beverly in a long time, guess it was when my mom died back in April 2008.

I’ve enclosed a couple of extra pictures, one is of me and Aunt Gloria. She lived in Hi Hat, KY. The other is a family group with my dad when he was home on leave in Nov. 1944.

I owe you a big thank you for what you do. Wished I lived closer so I could help.