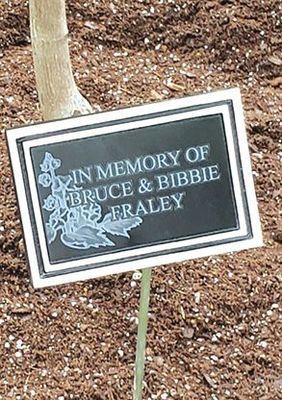 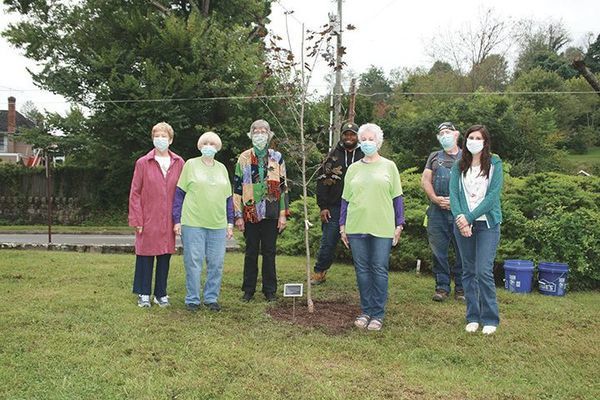 Mary Elisabeth "Bibbie" Hargis Fraley passed away Wednesday, August 8, 2018. Bibbie was preceded in death by her husband, Bruce Fraley, in 1998.

A memorial fund was established by the Green Thumb Garden Club due to the generous contributions of several donors. Fielden Fraley and Jane Fraley Knight, son and daughter of Bruce and Bibbie Fraley, requested a tree be planted in the Norton City Park in memory of their parents.

On Friday, September 18 at 10 o'clock, a Crimson Maple was planted in memory of Bruce and Bibbie Fraley. A plaque was also placed at the base of the tree. Green Thumb Garden Club members, Carol Moore, Martha Wells, Sue Wells, Jane Stecker, were in attendance. Also Rebecca Iozzi, with Norton Parks and Recreation.

Special thanks to Shelly Knox, Norton City Parks and Recreation Director for coordinating this event and to Jeff Rose, David Rose and Josh Miles for planting the tree.