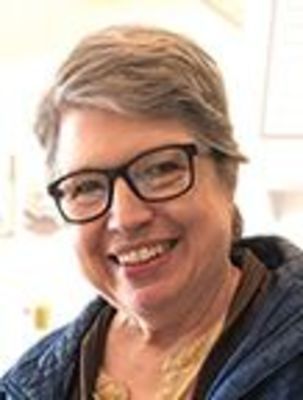 Anne Norris Sturgill, 71, passed away Tuesday, August 25, 2020 from complications of pancreatic cancer.  After struggling the better part of a year, she achieved her goal of a “graceful exit,” at home surrounded by family.

She grew up in the National Park System.  Her father, Tom Norris, was a park ranger, and every few years the family—her mother Nan, sister Margie, and brother George, and she—would move as he changed positions.  This nomadic life gave her both a respect and love of the natural world and the ability to make friends wherever she went.

Attending ETSU, while working in the theater, she met her future husband, Don Sturgill.  Once they were married, she followed him back to Pound, where they made a life and became part of the community.  In August they celebrated their 50th wedding anniversary.

She worked at Wise County Social Services for over 30 years, taking a 9 year break to raise their two sons, Chris and Thomas, to school age.  She retired as the Supervisor of Child Protective Services after decades of making sure children were in safe, stable homes.

In her retirement, she dedicated herself to several volunteer organizations.  She knitted hats and stitched quilts for cancer patients.  She worked with the Garden Club.  She volunteered at Natural Tunnel State Park.  She served Pro Art as a board member and an officer.  She celebrated her love of nature and her memory of her father by becoming a Virginia Master Naturalist, and would volunteer to introduce kids to insects and other fauna at the Norton Farmers Market.  An enthusiastic reader, she also enjoyed time at home with a good book.

A lifelong Episcopalian with deeply held faith she was a longtime active member of All Saints Episcopal Church in Norton.

She valued grace, pragmatism, and meeting problems head-on.  Her personality and faith allowed her to approach cancer with a quiet resolve, taking things one step at a time and enjoying each day.  Her sense of humor never left her.  Nor did her curiosity and concern for those around her.

She was preceded in death by her father Tom Norris, and her sister Margie Dotson.

She is survived by her devoted husband of 50 years, Don; her son Christopher, his wife Sapna, and grandson Omi of San Francisco, CA; her son Thomas, his wife Laura, and grandsons Abe and Ezra of Nashville, TN; her mother Nan of The Laurels in Wise, VA; her brother George of Phoenix, AZ.

Services will be announced at a later date.