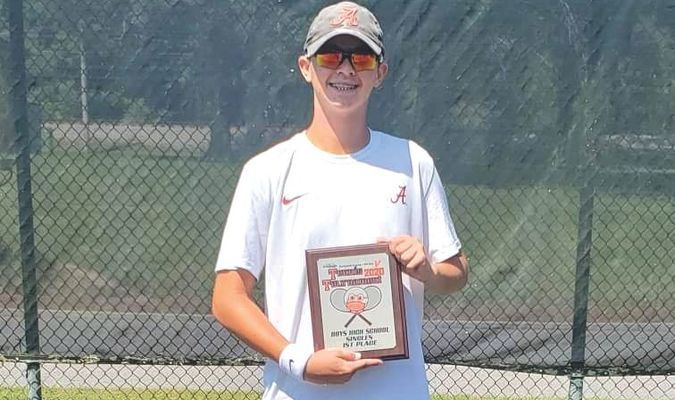 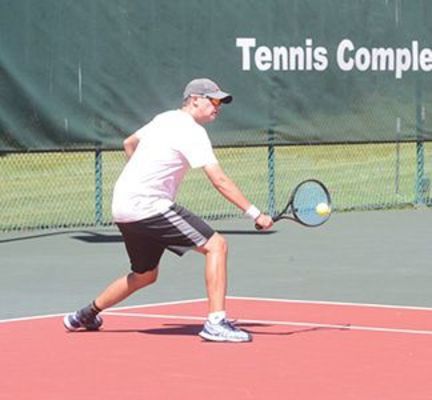 Abingdon’s Tristan Hicks backhanded his way through the boys’ division. 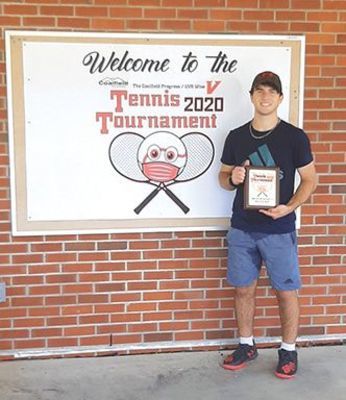 Sean Given wins the men’s B singles division. 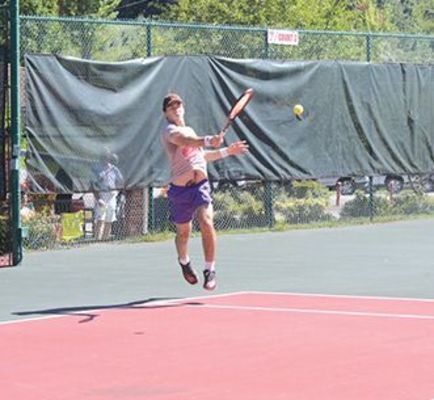 Sean Given blasted this return to win the men’s B singles division. 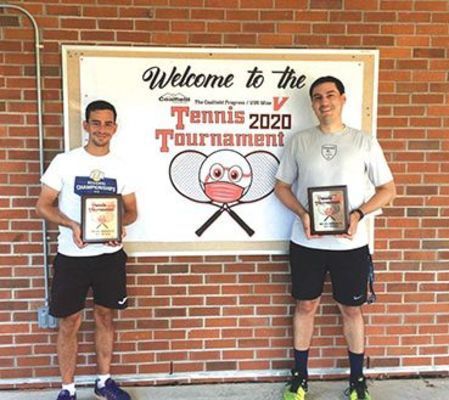 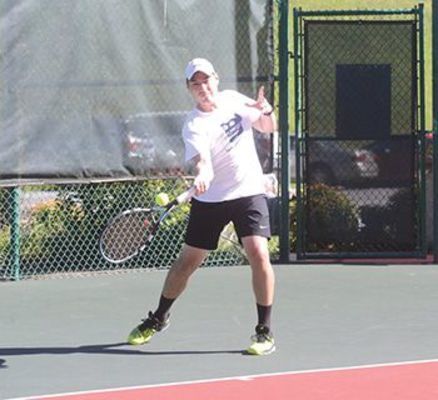 Luke Bolanos is one half of the men’s doubles division winners. 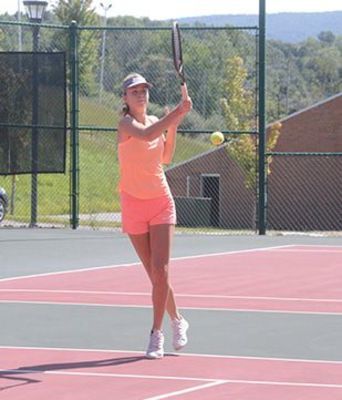 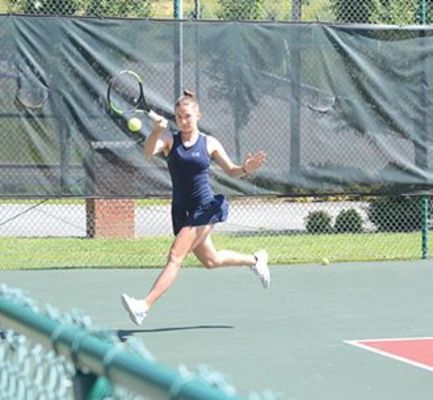 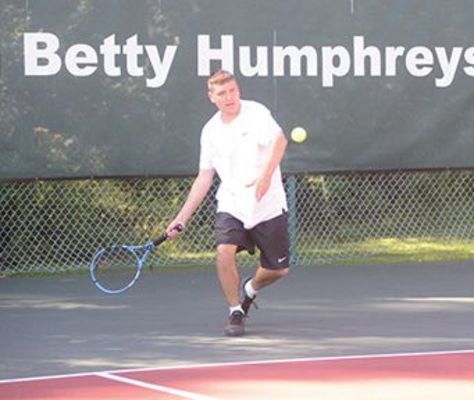 John Hereford concentrates on his return. 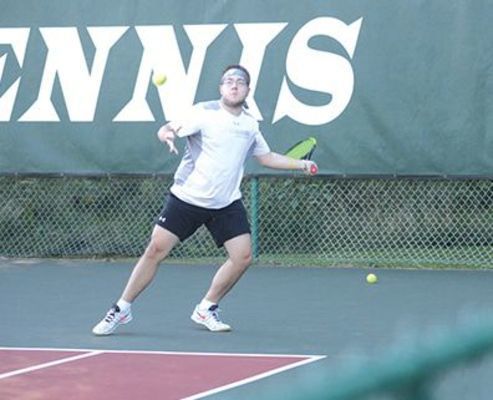 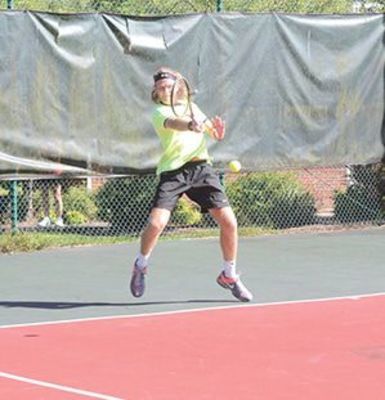 Randolph-Macon University transfer Jake Ferner made his presence known as he represented the Cavs and won the men’s A singles division. 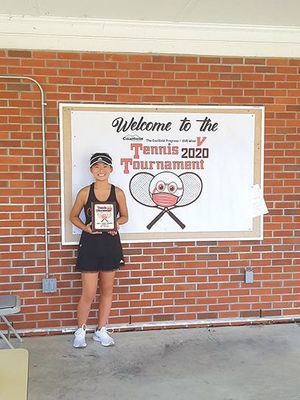 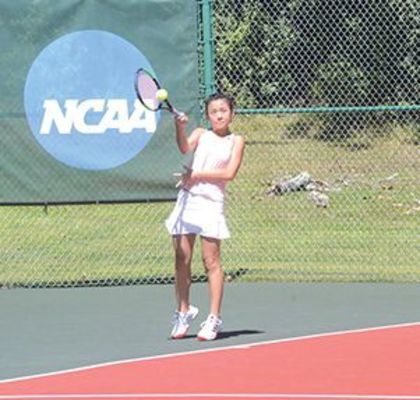 Central’s Jaida Meade returns a serve on her way to winning the girls’ division. 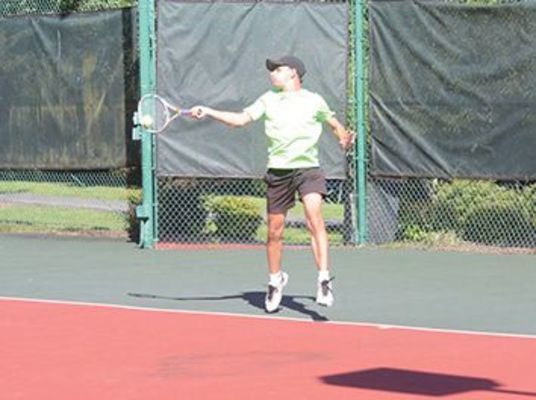 Hugo Retortillo shows off his skills in tennis action. 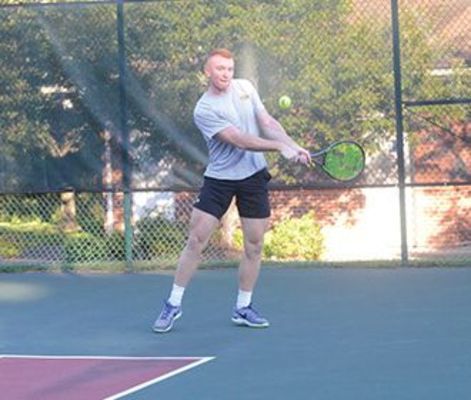 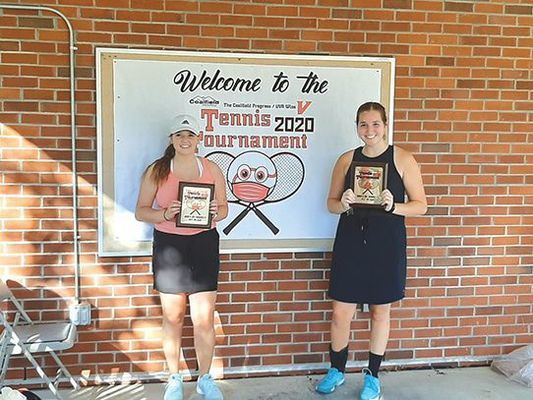 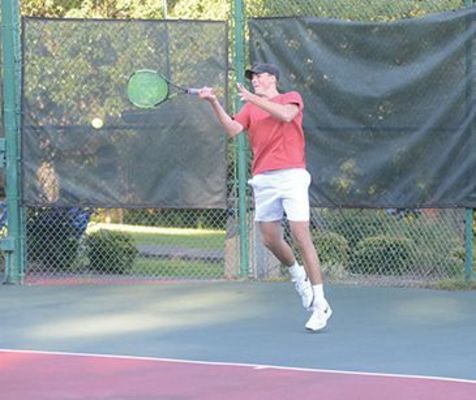 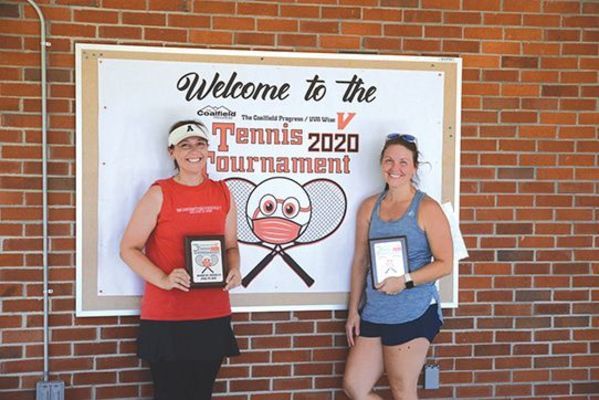 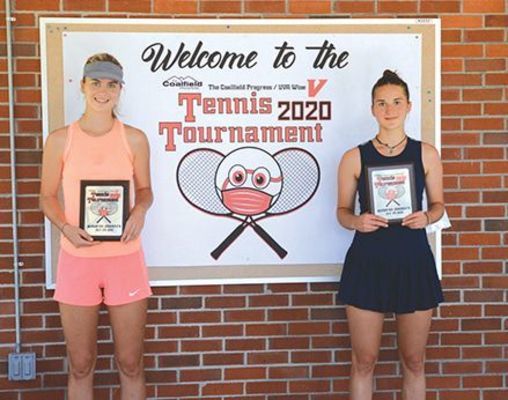 Sisters Liza and Katya Akimenko finished one, two in the women’s singles division as well as winning the women’s doubles championship. 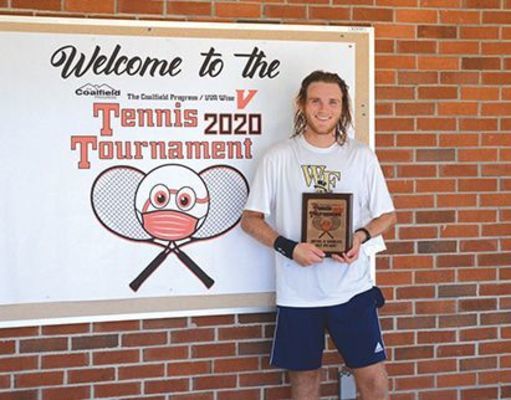 UVA Wise’s Jake Ferner won the championship in a tough Men’s A singles division.
Previous Next

WISE — Despite a few rainy days on Thursday and Friday, the Coalfield Progress-UVA Wise tennis tournament was held this weekend at the Jim and Betty Humphreys tennis complex on the UVA Wise campus.

Head women’s tennis coach Danny Rowland was very pleased at the quantity and quality of the turnout as almost 60 players participated over the weekend.

“We were so surprised to have this many people sign up,” Rowland said. “It was a lot more than we thought. I think people generally were just wanting to get out of the house and exercise and play.”

Due to complications from COVID-19, fall sports are taking a vacation in the state of Virginia. The fields and courts of high schools and the college alike will remain dormant. Rowland and his committee agreed to hold the tournament as the Virginia High School League as well as other sports governing bodies have ruled that tennis is a low-risk sport.

Rowland usually holds both the Coalfield Progress tournament and the UVA Wise tournament over the summer with all proceeds going towards the UVA Wise tennis program. This year, he and his staff were unable to make these happen due to the pandemic. Rowland and team decided to do this tournament to assist in the fundraising efforts and just give the people a reason to get out of the house.

“We really like the way everything went with this tournament,” Rowland said. “We had no defaults, everyone showed up. Everyone wore their masks and stayed safe. We want to thank the school for letting us have this. I think we might keep this one around Labor Day in the future.”

Former and current Cavs showed up to play in abundance as well as current high school players, former players and coaches. The men’s A singles division had the greatest number of participants with 22. Rowland knew that with that level of competition, whoever came out on top would be well-deserving of the crown. That player was recent UVA Wise transfer Jake Fermer.

A sophomore, Fermer transferred from Randoph-Macon University at the beginning of the year. The Wilmington, NC native was a star tennis player in high school.

“This is definitely going to be a good fit for me,” Fermer said in a post-match interview. “This is a good community. It seems like the tennis will be a better fit for me here as well.”

Fermer did not have an easy path to the championship. Three out of four of his matches went to tie-breaker sets. His only two set victory went 7-5, 7-5 over Dillon McReynolds. The semifinals saw him defeat former Gate City standout John-Reed Barnes 7-6 (5), 3-6, 10-4. In the finals, Ferner went up against Kingsport’s John Hereford.

Hereford has won both the Coalfield and UVA Wise tennis tournament’s men’s A singles division on several occasions. The match went to a tie-breaker with Ferner taking the victory 6-1, 6-7 (3), 10-5.

“It feels pretty cool to come down here and win. I think I did pretty well against some good competition. I prepared really well and I am glad I pulled through,” Ferner said.

“This is the first real chance I have gotten to watch him play,” Whited said. “We haven’t been able to do anything. I just met him a few weeks ago...I was just happy to watch him play. He has great poise under pressure. He won three super tie-breakers. I was extremely impressed with his tenacity, not to mention his raw talent.”

The Donetsk, Ukraine natives are rising sophomores at UVA Wise and the one and two-seeded players on coach Rowland’s team.

“It was a really nice tournament,” Liza Akimenko said. “It was nice to see everybody playing again.”

“It was great to see people come out and support each other,” Katya Akimenko said. “This weekend was a great time for everyone.”

In the women’s singles division, both sisters handily defeated their competition as neither lost a set until meeting up in the championship match. Liza defeated Katya 6-2, 6-1.

Then, they teamed up to defeat former UVA Wise players Davina Dishner Wolfe and Laura King Berry 6-0, 6-1 to take the doubles championship.

Rowland was impressed with the Akimenko sisters.

“Katie (Katya) and Liza are super players. They are great people as well,” Rowland said. “They're tough. They’re on another level. We’re just happy to have them here.”

In the boys’ high school singles division, Abingdon’s Tristan Hicks lost only one set during the tournament as he defeated Nicholas McReynolds 6-1, 6-0 to take the victory.

There were plenty of locals and non-locals alike who participated in the tournament. Rowland was happy to have them participate.

“We had players from Emory come over. We have had a huge contingent from Kentucky because all of their tournaments got cancelled. That helped us a lot. We were happy to work with everyone,” Rowland.

This week in sports history November 8-15

A Christmas Carol: The Barter Players make a vi...