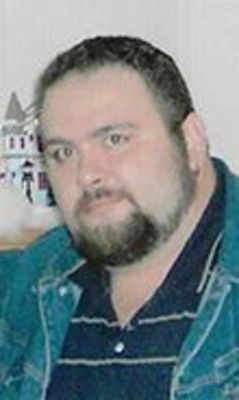 Ralph Curtis Gregg age 46, originally from Wise, VA passed away September 1, 2020 at his apartment in Coeburn.
Curtis was of the Pentecostal faith. He proudly served in the U.S Army with training at Fort Benning, Georgia then was stationed at Ft. DeRussy Waikiki, Honolulu, Hawaii. Curtis had been disabled for the past few years. He had previously worked as a Chef and Bouncer at the Norton Holiday Inn and as a rock truck driver at Highsplint Coal Company in Evarts, KY.
He was preceded in death by his father James “Butch” Gregg and step-father Isaac “Bud” Cook.
Survivors include his wife Wilma Gregg, two daughters Brionia and Karrie Gregg, one stepson Michael Billings, mother Sandra Cook, brother James Gregg, two step-sisters Angela Hall and Aimee Charles, and two special nephews James “JC” and Grayson Gregg both currently serving in the US Army.
Curtis had a true love for his wife and children. He was tender hearted, compassionate, and very sentimental. He cherished all of his family. Curtis enjoyed family gatherings, and time spent reminiscing with cousins about their younger years. With a love for kids he made some special young buddies along the way. Curtis has met Jesus with a smile on his face. While his prayer lives on there will be another family gathering.

A memorial service will be held on Friday, September 4 at 6 p.m. at The First Assembly of God, Bear Wallow R