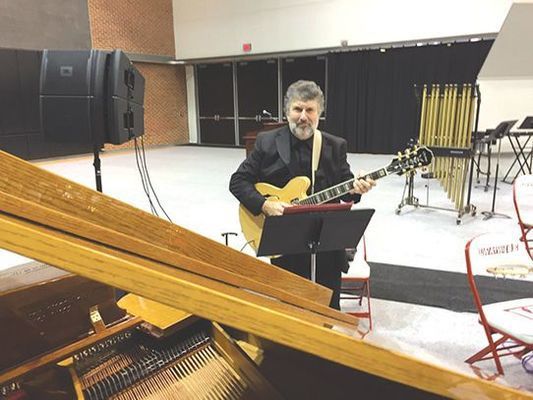 Many local folks know Richard ‘Richie’ Kennedy as an attorney and a musician with a long track record of local performances. Now he can add ‘award winning filmmaker’ to his list of accomplishments. 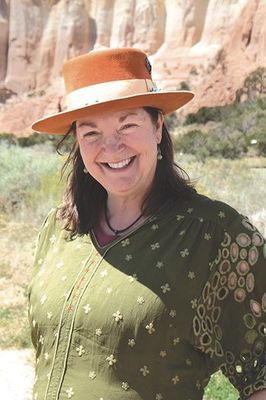 Julie Dixon was videographer and partner on the project.
Previous Next

Wise resident Richie Kennedy recently won an international film award for his short film, “How Did It Ever Get This Late?”

His childhood friend, videographer and partner on the project, Julie Dixon, had no idea.

“It’s not the Oscars and it’s not the Golden Globes, but it is pretty significant,” Kennedy says. “I submitted it without anyone else’s knowledge, not knowing what would happen. It received a platinum award, which is the highest honor you can receive. I was tickled pink.”

Kennedy submitted the video to the Houston Worldfest Film Festival. WorldFest was founded in August 1961 as only the third competitive international film festival in North America.

Kennedy, an attorney, has always been around music, and he began taking piano lessons at five. He played in bands growing up, some with Dixon’s siblings. Dixon graduated from J.J. Kelly High School before studying communications at Virginia Tech. She currently works in film production and videography.

Kennedy originally recorded the song, which is the basis for the movie, “How Did It Ever Get This Late?” in 1986 in Nashville, Tenn. The song is written from the prospective of a 1960s NASA astronaut who gets lost in space, but eventually makes it back to the earth. He missed all of the decade, but has not aged. Instead, he still wishes things to be as they were when he left.

In 2006, Kennedy and crew remixed the song to have a more contemporary sound. Then in 2020, Kennedy and Dixon decided to make the short film.

“We used photographs and anything else we possibly could to tell the story,” Kennedy said. “We really liked the way it turned out. It had a lot of historical events and a lot of local and very traditional events and times that are long past.”

Kennedy and Dixon used stock footage from famous events during the era in combination with a lot of local history in pictures and 8mm home video footage to build the film.

“There’s a scene from a Wise Little League baseball game featuring Johnny Wilson, who went on to superstar for Marion High School. Everybody who sees it really gets a kick out of that scene,” Dixon said.

Upon completing the song, he knew it would be something he would tackle in the future.

“When I wrote this, my father’s service station was going strong,” Kennedy laughs. “It was something to preserve my youth and Sixties nostalgia until I was an old man.”

Unbeknownst to Kennedy, another submission was made from this area which also received a platinum award.

“What I did not know was at the same time, a short feature film called ‘Ladies Most Deject’ was produced by 20-year-old Connor Wharton from Norton and Coeburn native Mark Salyer,” Kennedy said. “I saw where they won (a gold award). We’re just very proud of it.”

“It’s just so unlikely that two films with Wise County connections would get awards from a big, international film festival,” Dixon said. “It was great.”

“My belief is that that kind of nostalgia tells the story of a lot of positive things but a lot of broken hearts, so people can identify,” Kennedy said. “The Fifties and Sixties were periods of great achievement and great tragedies. NASA was a big achievement during this time and it was all broadcast on black and white television. There’s so much that we got to experience that Idon’t know if any other generation will get to do that.”

Chief is stable after shooting