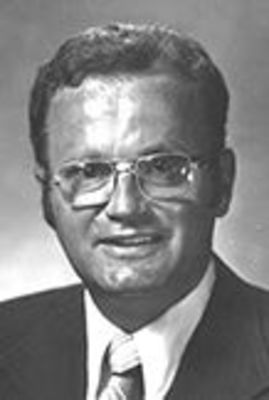 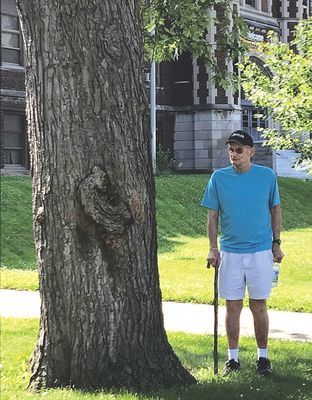 This is where his early education started at Firestone Park Elementary, where he planted this then small tree on Arbor Day. His kindergarten class sang to this little tree to help it grow! Who knows, this may have been where his growth and love for singing began!
Previous Next

Glenn Edward Roberts Jr. 82, joined his Heavenly Father on May 18, 2020, leaving his earthly home at 1315 Oakwood Circle in Big Stone Gap VA, after a fight with lung cancer.

Born on Park Avenue in Norton VA on August 12, 1937, Glenn and Helen Roberts welcomed their first son into the world. Glenn Jr. later became the brother to Mary Virginia Roberts (Ginny Clark) and baby brother Larry Van Roberts. Moving with his family to Akron Ohio, he grew up enjoying life as a boy in Firestone Park.

After graduation from Garfield High School in 1955, he attended the almamater of his late father and basketball icon Glenn Roberts Sr. But his heart lead him back to Ohio where he graduated from Akron University and found the love of his life, Patricia Ann Rittenour (“Patti”). After a short time teaching English in the Akron education system, the opportunity to begin the family business in Norton took root. He and Patti began their life in Wise county in 1962, where he began his new career with Firestone. In addition to his years in the tire business, he had a musical passion that began early in school. He shared his personal music interests as early as high school talent shows, the birth of the Rolling Firestones, and requests for he and Patti to entertain at various social events! He helped organize and orchestrate many local bluegrass festivals, area programs and musical venues. Some of his closest friends and musical associates through those years consisted of Ralph Stanley, The Country Gentlemen, Ricky Skaggs ...only to name a few.

Glenn’s accomplishments and accolades were

This week in sports history May 25-May 28