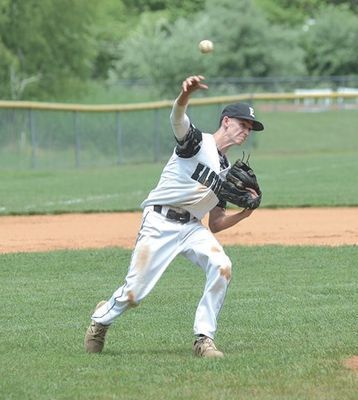 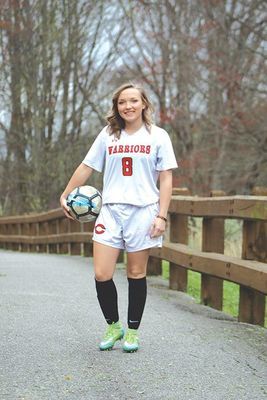 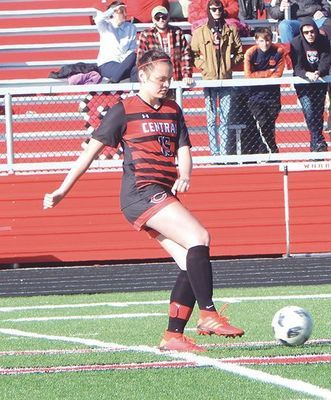 With the spring sports season in question, we here at the Coalfield Progress/Dickenson Star/Big Stone Gap Post hope to run a profile on each and every senior in the paper. Our intention is to give them and their families something to feel happy about in a time of such uncertainty. This will be an ongoing series with different students featured each week.

Taylor Gentry has spent the majority of her 18 years playing sports. Growing up, she played soccer, basketball and volleyball. But, in her sophomore year, Gentry decided to focus her attention on soccer. She has been a captain for the Lady Warriors for two years.

Gentry will be attending James Madison University to study health sciences on a pre-med track. She does not intend to play soccer for the Dukes, but will try out for the club soccer team so that she can continue playing.

Gentry describes herself as “at a loss for words” upon losing the last part of her senior year and potentially, her senior soccer season.

“I am completely heartbroken,” Gentry said. “I have poured countless hours into bettering myself in order to lead those around me in preparation for my senior season. This was going to be the first season that I played without the girls I grew up playing alongside; however, I was hopeful for this season and truly felt like it was going to be something special.”

Gentry found out only recently that she would be graduating as the valedictorian of the class of 2020 and was looking forward to walking across the stage during graduation.

Gentry leaves a message of hope and love of the sport to her teammates.

“I have played for a lot of different sports teams in my life, but none of which compare to my high school soccer team,” Gentry said. “The soccer team for me has always been my safe space and somewhere I have been able to grow both as a person and a player. I owe the world to CHS soccer, and I think very admirably about Coach Mullins and all of my teammates, who have grown to be more like sisters throughout the years.”

“I encourage my fellow teammates to come back next year with the same fiery passion that they possessed this season, challenge them all to all to step up and lead, and ask that they wear their jerseys with pride because there is truly no better team to be a part of,” Gentry said.

Halie Lynn, 17, switched from softball to soccer in her sophomore year. She will be attending Mountain Emp9re Community College to pursue a career in nursing.

Lynn is struggling with the idea of losing part of her senior year and possibly her senior soccer season.

“I am very heartbroken that I was not able to succeed in everything I wanted to succeed in especially my sports team. I tried so hard last season to make it to the position I am in now and having it ripped out from under me without me knowing is very hard to accept and understand,” Lynn said.

Lynn imparts a message of pride and living in the moment to her fellow teammates.

“I am very proud of you and I encourage you to not take a single day for granted,” Lynn said. “Everyday that you get to play the sport you love, whether it’s on a day you are not feeling the greatest, give it all you have because you’ll never know when the game won’t be there for you to play again.”

Seventeen-year-old Landon Trent used to play football and basketball, but has devoted his high school career to baseball.

Trent will not be continuing his sports career in college. He is unsure which college he will be attending, but intends to go into the medical field.

Trent is disappointed that his high school experience ended on such a sour note, but he is trying to remain optimistic.

“I’m staying positive and remembering that other people have bigger problems than I do,” Trent said. “I wish it could have been different, but I’m grateful for the opportunities that I’ve had to improve myself over the last four years.”

To his teammates and coaches, Trent says: “It’s been a pleasure playing with you all. Go out there next year and win another district championship. Much love to all my coaches and teammates”

This week in sports history May 25-May 28